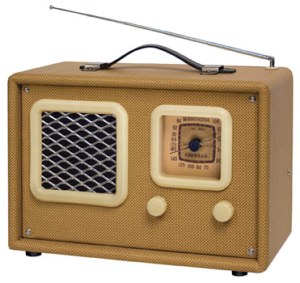 Want to invest in the news? Try looking up the stocks for Time Warner, News Corp, and NBC Universal.  It’s kind of scary to think that majority shareholders essentially control which news should be broadcast and how.  Much of the news we hear or see daily is purposely watered down, blown up or spun to sound a certain way depending on who it involves.  BBC and the Associated Press are a couple media giants that are slightly more neutral (although BBC has been known to side their stories with whichever British government is in power).  So I decided to have a look at Canada’s media situation which, as you would expect, is dominated by a handful of media and communications companies that own most of the news networks and newspapers in the country.  Ironically, these companies achieved their near-monopolies under the blind eye of the Canadian Radio and Telecommunications Commission, a commission formed to foster a more open, unbiased and diverse media environment for the Canadian public.  A complex web of politicians, corporations, judges, ceo’s and commissions has cast together in this 5 decade long debacle which is the CRTC, is it even working?  Recently Wind Mobile, a major Canadian cellular company owned by Orsacom (a massive Egyptian telecom company worth billions), was denied access to operate in Canada for not meeting Canadian ownership requirements.  That decision was overturned by the Harper government, which was overturned by the courts, which was appealed and recently, Wind mobile won the right to fully operate.  So is the commission even effective?

Companies are getting unfavourable decisions overturned by the courts, so essentially they are the ones ruling on any major decisions.  The CRTC wants to regulate the internet, but on the other hand they want nothing to do with quality assurance.  That’s like saying I’m going to set up a boxing match, but once the match starts if someone gets killed I take no responsibility, even though I arranged the fight, the venue, and the ticket prices.  The CRTC is setting up these fights and then leaving the arena, occasionally resurfacing to make sure the vendors are selling Coca Cola and Coors Lite,  and that the fighters are drinking Gatorade, and then leaves again.  If something goes wrong, obviously they have nothing to do with it right?  Yeah, right.

Oh, hold on a sec…someone at the door…………….oh that was just a representative from the CRTC, he wanted to personally inform me that he doesn’t know or care what I’m currently writing about online, but that the CRTC just decided  that they would start charging internet customers a little extra who want to use specific words and/or acronyms.  Words or names such as CRTC, CBC, Conservative, tax, gun registry, Finckenstein, Don Cherry and nuclear would each be an extra 0.05 cents per a word.  Funny how a commission like the CRTC (which by it’s own admission is totally outdated) doesn’t even know what its supposed to regulate any more, and when it becomes obvious that they’re uncertain of the scope of their jurisdiction, the courts take over.

What we need are more independent and publicly owned media and broadcasting companies to cultivate conditions for a less biased, less saturated news environment.  It seems as if the very commission made to give Canadians more options for their news and information has become disorganized and negligent.  By having a mandate that requires a certain amount of airtime to go towards Canadian content they restrict more of our viewing options from abroad.   Obviously the Canada of 1968 when the CRTC was formed and the Canada of today are totally different, anyone can see that so why can’t the government?  Our society is more culturally diverse than ever, we have the internet, we are in the midst of mobile revolution, and we must have access to seek out the  information we need. CBC is paid for by the taxpayers, but the dinosaur that is the CRTC tells us we can’t get such and such station because we don’t have enough % Canadian content on the air?  I contribute money to this station as well, why can’t I have a say which content I want to see?  Please update the ancient policies and mandates or else let tax payers vote publicly on what should air on CBC.  But don’t get me wrong,  having Canadian content creates many jobs domestically and contributes to building our culturally identity. However, I don’t believe it should restrict other content from hitting our televisions just because there isn’t enough Canadian content on the air at that particular moment.

We are supposed to be living in a free and democratic environment, it’s a shame that time and time again TV stations from all over the world have been denied access to the Canadian market for one reason or another.  Take for example RAI (a government owned Italian tv channel) which was barred for years from broadcasting in Canada because it was supposedly airing programs that went against Canadian policies.  Doesn’t that eerily sound like type of censorship we often hear about in North Korea, China and Cuba?  Shouldn’t we be allowed to watch what we want from wherever we want to make up our own opinions?   We don’t need the government and the CRTC assuring us that if the tax dollars keep flowing they will try to complete their mandate to the fullest.  We need transparency, we need clear 21st century goals and we all must have the freedom to choose what we see and hear.